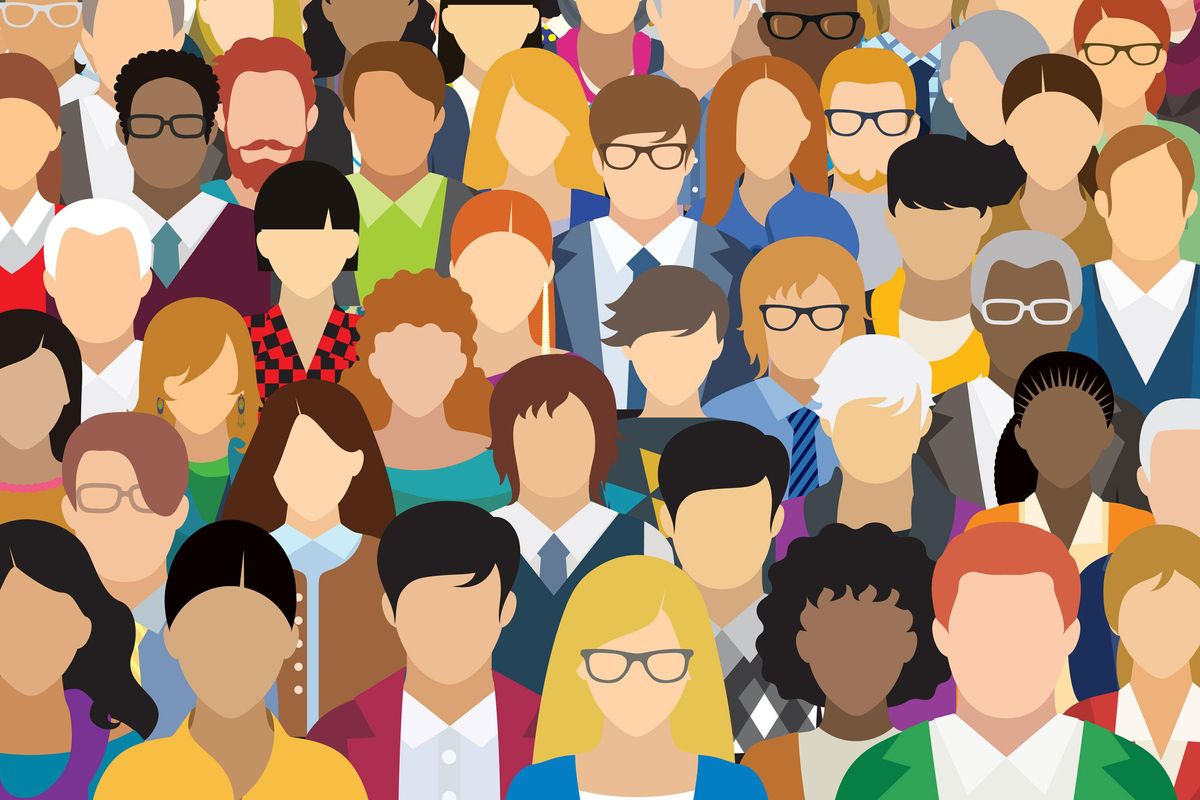 IEEE continues its effort to further strengthen diversity and inclusiveness across the organization and in support of the broader technological community. This year it formed the IEEE Diversity and Inclusion Committee, which is a standing committee of the IEEE Board of Directors.

The establishment of the standing committee by the IEEE Board of Directors follows IEEE’s long-standing commitment to maintaining an environment in which all are welcome to collaborate, to contribute to the community, to support the growth of the profession and professional colleagues, and to advance technology for the benefit of humanity.

In February 2019, the IEEE Board of Directors formed an ad hoc committee to review the organization’s focus on diversity, inclusion, and professional ethics. The resulting work during the past several years forms the basis of the organization’s Diversity Statement, revisions to several bylaws and policies, and a web presence, as well as new initiatives and campaigns.

“These activities help ensure all our members have opportunities for professional development and recognition,” says Andrea Goldsmith, chair of the IEEE Diversity and Inclusion Committee. “While there is much work to be done, IEEE is emerging as a role model and source of best practices for the profession, embracing diversity and inclusion, ensuring equity, and upholding the highest standards of professional ethics.”

Here is a roundup of the progress made.

IEEE spent a lot of effort in 2020 and 2021 revising several policies, procedures, and bylaws to ensure that members have a safe and inclusive place for collegial discourse and that all feel welcome.

A set of revisions was made to the IEEE Code of Ethics that incorporated high-level principles such as a commitment not to engage in harassment and to protect the privacy of others. Two IEEE bylaws and four IEEE policies were modified as well, to address ethical misconduct complaints by members, including those that involved bullying and harassment.

In addition, a new committee was formed within the IEEE Ethics and Member Conduct Committee to provide a streamlined process for handling member conduct complaints.

The Ad Hoc Committee on Diversity, Inclusion, and Professional Ethics identified several ways to improve upon the organization’s processes around reporting, mediation, adjudication, appeal, and sanctions of ethical misconduct. The new process was launched in April.

IEEE has taken a leadership role to help ensure that members of other like-minded organizations feel comfortable in their workplace. It continued its support of the Societies Consortium on Sexual Harassment in STEMM (science, technology, engineering, math, and medicine), which was formed in 2019 and has more than 130 representatives. Sexual harassment is a critical issue in STEMM research, education, and practice, according to the group. In 2020 the consortium developed policies on professional conduct during virtual meetings and reporting ethics violations, misconduct, and harassment.

“IEEE and the profession overall cannot recruit and retain diverse members unless they are safe from bullying and harassment,” Goldsmith says. “Hence, our Code of Ethics and adjudication processes to uphold it must preclude unethical behavior toward colleagues.”

The IEEE Awards program ran a successful marketing campaign that significantly increased the number of nominations of qualified women and those from IEEE’s underrepresented regions for its 2021 medals, recognitions, and technical field awards. The award recipients included six women and nominees from eight of IEEE’s 10 regions.

IEEE Women in Engineering has worked to recognize qualified women as senior members. More than 560 women were elevated in 2020.

WIE also developed a pledge in 2020 to work toward gender-diversified panels at all IEEE meetings, conferences, and events, including its own. A diverse set of speakers would lead to more creative, interesting, and representative panels across IEEE, according to Lisa Lazareck-Asunta, the 2019–2020 chair of the WIE committee. As of December, 21 IEEE organizational units had confirmed their commitment to the pledge.

The IEEE Fellows program made a concerted effort in 2020 to recognize women with the organization’s most distinguished level of membership. Only one-10th of 1 percent of the IEEE voting membership can be elevated to Fellow, and nominees must be approved by the IEEE Board of Directors. The class of 2021 had the highest number of women nominated, at 89, and the most elevated: 39.

The 2021 IEEE Ad Hoc Committee on Diversity, Inclusion, and Professional Ethics also recommended best practices for societies and technical councils in such areas as nominations and appointments, conferences, and publications.

To increase the number of Black members, the IEEE Photonics Society partnered with the National Society of Black Physicists and was a sponsor of the 2020 NSBP conference. An NSBP representative was appointed to the Photonics Society’s Diversity Oversight Committee.

IEEE is supporting other efforts that develop opportunities for African American and Black physicists and scientists. They include holding symposiums at Historically Black Colleges and Universities and working to increase representation on IEEE’s committees and councils.

The Photonics Society held the virtual Pride in Photonics and Change Champion series, which reached more than 900 participants. The six talks in the program included “The Role of Social Networks: Building Community,” “How to Speak Up and Step Up: Advocate for Diversity,” and “Queer Pride and Quantum Photonics.”

“While we have made much progress, increasing the diversity of our membership and ensuring all members are able to achieve their full potential is a long-term undertaking—a marathon, not a sprint,” Goldsmith says. “Every IEEE member can make a positive difference within their company, university, or IEEE unit by supporting or mentoring a diverse engineer, or by launching an activity that enhances diversity and inclusion. We particularly need the nondiverse engineers to engage in these activities, as they comprise the large majority of the profession.”

IEEE in June launched a diversity, equity, and inclusion web presence that contains a wealth of information, resources, and tools for members, volunteers, and the broader community. The new destination highlights ongoing efforts by various IEEE groups that are taking action to build a diverse, equitable, and welcoming environment, including IEEE regions and geographic units, technical societies, the IEEE Board of Directors, Technical Activities Board committees, and IEEE WIE.

The platform shares IEEE resources such as its nondiscrimination policy, ethics code, and accessibility statement, as well as links to resources for taking initiative in the diversity, equity, and inclusion arena.

The web presence further reflects IEEE’s longstanding commitment to engage diverse perspectives for the betterment of the engineering profession, and to ensure a welcoming environment that equitably engages, supports, and recognizes the diverse individuals dedicated to advancing technology for the benefit of humanity.

𝐎̣láBooksMarch 10, 2022
Hide Your Wallet Welcome to Book Beat! Book Beat aims to highlight other books that we may hear about through …
END_OF_DOCUMENT_TOKEN_TO_BE_REPLACED

𝐎̣láTechnologyMarch 10, 2022
Contents This article is one of two Distill publications about graph neural networks. Take a look at A Gentle Introduction …
END_OF_DOCUMENT_TOKEN_TO_BE_REPLACED

Video meetings don’t have to be live

𝐎̣láTechnologyMarch 10, 2022
If this wasn’t an email, I might send you a video instead. We’ve all gotten used to video meetings over …
END_OF_DOCUMENT_TOKEN_TO_BE_REPLACED